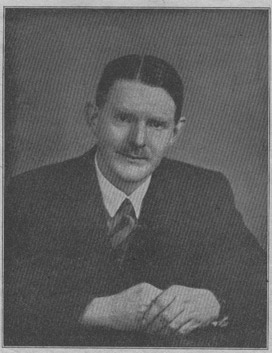 Christian Unions - born out of one student’s vision for mission

In 1919 Norman Grubb was a young student at Cambridge University. He wrote, "I had one overwhelming urge - to get around to all the rooms of the men in my College and witness to them."

"I did this, though often it cost me a lot to do it. Before I left university, the Spirit distinctly came on me to go and speak in no uncertain terms to all I knew personally who had not accepted Christ, or who at least showed no sign of spiritual life. There had been this definite "commission" that I had to give myself to witness in the university. I went and pulled no punches, and a number came out for Christ, about sixteen of them. This caused a stir like a touch of revival. As I shared these experiences with others in the Christian Union, it came like a vision to me that every university and college in Britain and the world should have its evangelical and witnessing Christian Union, as we had. Little did I then realize that this was the start of what has since grown to become the world-wide ‘Christian Union’ Fellowship, now in hundreds and probably thousands of colleges in all nations."

The same radical vision for mission

The changing face of student life sees many students affected by debt, loneliness and pressure. Increasingly few of these students have any church background, biblical knowledge or Christian faith. Some are hostile to the church but are surprisingly open to thinking about Jesus. Today’s student world is an unparallelled opportunity to share the good news of Jesus with a spiritually hungry generation.

Many future leaders in government, business, the arts and professions, those who will influence the next generation as parents, teachers and role models are students today.

Working in partnership with local churches, Christian Unions are led by students and supported by UCCF Christian Union Staff Workers. They are non-denominational, welcoming students from different backgrounds, denominations and church traditions, and exist to give every student on campus an opportunity to hear about Jesus.

Evangelistic lunchbars, special events and missions/events weeks provide a focus for personal evangelism; nearly 40,000 students attend these events each year. CU carol services are among the biggest events on campus, some drawing over 3,000 students. Over 1 million gospels have been given by students to students since 1990 through Christian Unions. Thousands of students are hearing about the message of Christianity and hundreds are coming to faith each year through the work of UCCF’s 20,000 CU members.